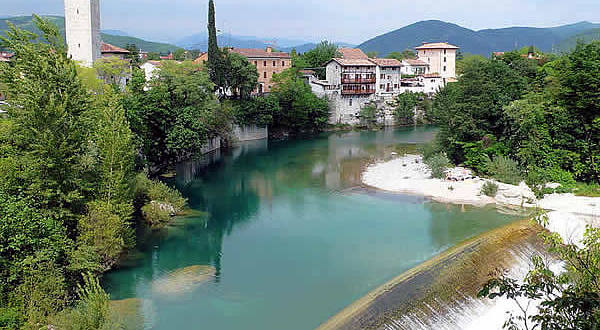 Friuli-Venezia Giulia what to see: the tourist attractions

Friuli-Venezia Giulia is a region located in northeastern Italy, it is bordered to the east with Slovenia, and to the north with Austria, while to the west lies the Veneto and in the south the Adriatic Sea. The territory of Friuli-Venezia Giulia has undergone major changes with the end of the Second World War, as Italy has lost most of Venezia Giulia, including the entire Istria, the islands of Cherso (Cres) and Lussino (Losinj), the city of Fiume (Rijeka), the Isonzo valley (Caporetto, Tolmino), the western part of Carniola (Postumia, Idria, Villa del Nevoso), and in Dalmatia, the city of Zara (Zadar) and the islands of Lagosta (Lastovo) and Pelagosa (Palagruža).

The current regional territory consists almost equally of mountainous areas (42.5%) and plains (38.1%), while the hills are 19,3% of the regional area.

The southern part of the region, the one along the Adriatic sea, is flat. To the west of the plain flows the river Tagliamento, while to the east is the Isonzo river. The coast presents vast coastal lagoons, as the lagoons of Grado and Marano. The coast is low and sandy with the exception of the coast around Trieste where the Karst plateau reaches the sea with high and rugged coastline. 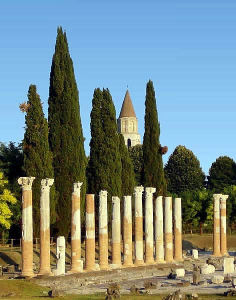 Friuli-Venezia Giulia what to see: the tourist attractions

Friuli-Venezia Giulia has a very diverse territory this means that the tourist visiting the region has countless opportunities for recreation and interest. There are interesting city with magnificent historical centers such as those of Udine, Trieste, Gorizia and Pordenone. Medieval towns like Cividale del Friuli, San Vito al Tagliamento, Valvasone, Gemona del Friuli and Venzone, and the famous star shaped city fortress of Palmanova. Places of great archaeological importance as the Roman city of Aquileia, but Roman remains are also found in Trieste, Cividale del Friuli, Gemona, Tarvisio.

The resorts of Grado, Lignano Sabbiadoro, Grado Pineta, Lignano Pineta and Lignano Riviera are among the most popular seaside resorts on the north Adriatic Sea. The ski areas of the Friulian Dolomites, the Alpine foothills and the Carnic and Julian Alps are very popular among the winter sports enthusiasts and hikers, the most famous are Piancavallo, Cimolais, Claut, Ravascletto, Sauris, Tarvisio, Forni di Sopra, Forni Avoltri, Sella Nevea.

The nature of the region is protected by two regional natural parks (Natural Park of the Friulian Dolomites and the Natural Park of the Julian Pre-Alps) and regional and state reserves, as well as in a marine nature reserve (the Miramare Marine Nature Reserve in the Gulf of Trieste). Along the coast there are also the charming Falesie di Duino (Duino Cliffs) and the two nature reserves of the Lagoon of Marano.

Near Trieste are the spectacular Miramare Castle and the Grotta del Gigante. The splendid Villa Manin in Codroipo, in the hamlet of Passariano, was the sumptuous residence of the Doges of Venice in Friuli.

Friuli-Venezia Giulia is also known for its variety of local products and local gastronomy, including the Polenta friulana, Prosciutto di San Daniele Prosciutto and Speck of Sauris, many cheeses, the most famous of which is the Montasio, but also the wine production is well known, the region has 4 wines of Denomination of Controlled and Guaranteed Origin (DOCG).

Among the sites declared World Heritage by UNESCO, the following are found in Friuli-Venezia Giulia:

Among the places waiting to be included in the list of UNESCO World Heritage are: 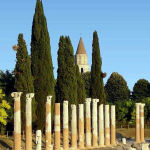 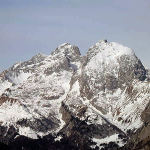 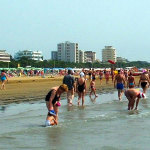 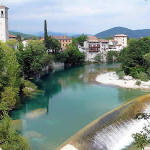 2016-03-16
admin
Previous: Basilica of Sant’Apollinare in Classe
Next: Sardegna what to see: the tourist attractions