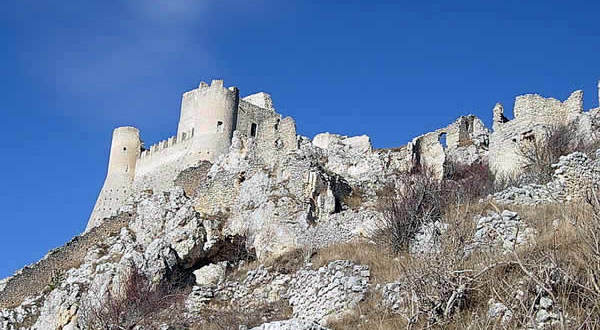 Abruzzo what to see: the tourist attractions

Posted by: admin in Abruzzo 766 Views

Abruzzo is a region in south-central Italy, it has made historically part of the Kingdom of the Two Sicilies, for this historical reason it’s often considered a region of Southern Italy. The region is bordered to the north with the Marches, to the west with Lazio and to the south with Molise. The largest city of the region is Pescara, situated in the middle of the Abruzzo coast, but the regional capital is the city of L’Aquila, located in the interior along the Apennines.

The region faces on the Adriatic sea with a flat coastal strip long nearly 130 km, which it is practically the only flat part of the region. The rest of the Abruzzo region is mostly made up of mountains, which represents 65% of the territory, and by hills, which are 34% of the regional area.

The Adriatic coast located north of Pescara is low and characterized by long sandy beaches, while to the south of Pescara, the coast is sometimes steep and rocky with pebble beaches. The hinterland has a hilly strip and then a series of mountain ranges where there are the highest peaks of the Apennines.

To the north, on the border with Marche and Lazio are the Monti della Laga which reach high altitudes with Mount Gorzano (2,458 meters). At the center of the region is the vast plateau of Campo Imperatore, located at a variable altitude between 1,500 meters and 2,100 meters, behind it stands the massif of the Gran Sasso d’Italia, where is the Corno Grande (2,912 meters), which is the highest mountain of the Apennines. To the south are the mountains of Maiella also very high, the highest peak is Mount Amaro (2,793 meters).

Beyond the mountains lie the Conca Aquilana and the Conca Peligna where flow the rivers Aterno and Sagittario. Towards the border with Lazio rise again the mountains of the Abruzzese Apennine with Mount Velino (2,487 meters), Mount Sirente (2,349 meters), and further south the Monti Marsicani with Mount Greco (2,285 meters) and the Monti della Meta mountains with Mount Petroso (2,247 meters). 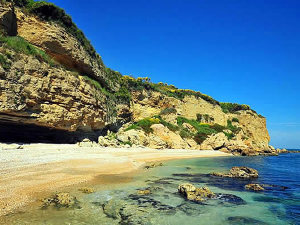 Abruzzo what to see: the tourist attractions

Abruzzo is a region of great beauty landscape with towering mountains, barren highlands, and a beautiful coastline along the Adriatic Sea. In the interior of the region are some of the most pristine and picturesque landscapes of Italy, several inland locations have remained unaltered as they were hundreds of years ago.

The approximately 130 km of coastline have beach resorts much sought by families with children. The coast north of Pescara is low and sandy, while in the south of the city and up to the border with Molise looks sometimes steep and rocky. Among the most popular seaside resorts are Giulianova, Roseto degli Abruzzi, Francavilla al Mare, Ortona, Vasto.

Nature and natural landscapes, preserved thanks to the three national parks (Parco Nazionale d’Abruzzo, National Park of Gran Sasso and Monti della Laga, Majella National Park) and other protected areas, are among the main reasons of a trip to Abruzzo.

There are also many possibilities to practice winter skiing and cross country skiing. The most famous ski centers are those of Roccaraso, Campo Felice, Pescasseroli and Campo Imperatore. 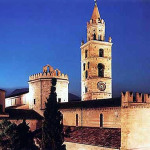 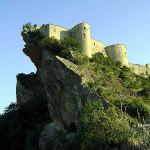