Lombardy what to see: the tourist attractions

Posted by: Laura in Lombardy 1,387 Views

Located at the center of the Po Valley, Lombardy is the most industrialized region in Italy, its capital is the city of Milan. Lombardy is bordered to the north by the Canton Ticino and the Canton of Grisons which are part of Switzerland, while in the east are Veneto and Trentino-Alto Adige, to the south lies Emilia-Romagna and to the west lies Piedmont.

The territory of Lombardy is formed, in almost equal parts, by plains (47%) and mountains (40%), while only a small part consists of hills (12%).

The Rhaetian Alps are the highest, they exceed the 4,000 meters with the Piz Bernina (4,049 meters), which is located just over the border with Switzerland, the Punta Perrucchetti (4,020 meters), a secondary summit of Piz Bernina is the highest mountain Lombardy. To the east, on the border with Trentino-Alto Adige are the mountain massif of Ortles-Cevedale – of this mountain range are along the regional border the Gran Zebrù (3,857 meters) and Mount Cevedale (3,769 meters) – and the mountainous massif of Adamello (3,539 meters).

To the south of the Rhaetian Alps flows the River Adda which forms the broad furrow valley of Valtellina. To the south, beyond the Valtellina, parallel to the Rhaetian Alps, lie the Bergamo Alps (Alpi Orobie), which are part of the Prealps of Lombardy of which are the northernmost and also the highest ramification. They exceed the 3,000 meters with Pizzo Coca (3,050 meters). The Bergamo Alps stretch between Lake Como and Val Camonica. 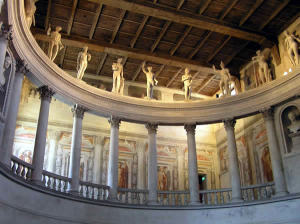 Due to the presence of these mountain ranges lombard rivers are numerous and rich in water. They are all tributaries of the Po, they come in large part from the lakes, the Ticino River flows from Lake Maggiore, the Adda River flows from Lake Como, the Oglio River flows from Lake Iseo and the Mincio River flows from Lake Garda. Much of the southern border with Emilia Romagna is marked by the river Po, the longest Italian river, which forms the vast Po Valley, but the Lombardy continues south beyond the Po, in the so called Oltrepò Pavese, a hilly area that reaches to the Apennines, where is Mount Lesima (1,724 meters).

Lombardy what to see: the tourist attractions 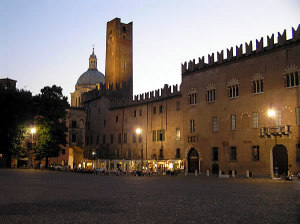 Lombardy is a region that includes many interesting tourist destinations, among them the most visited is the city of Milan, which besides being the industrial and commercial hub of Italy has many tourist attractions of high level such as the Duomo, Castello Sforzesco, Teatro della Scala, the convent of Santa Maria delle Grazie, which houses the famous Last Supper by Leonardo da Vinci, in the city there are also museums such as the Pinacoteca di Brera, many modern art galleries, etc.

Among other major destinations are cities with Roman ruins such as Brescia and Sirmione, some beautiful medieval and Renaissance cities like Mantua, Pavia, Bergamo, Vigevano, Como, Cremona, Brescia, Lodi, Sabbioneta, Crema, Bellagio, Sirmione, and numerous small towns, like Gromo (Bergamo), Lovere (Bergamo), Soncino (Cremona), Varenna (Lecco), Zavattarello (Pavia), Castiglione Olona (Varese). As for the prehistoric art are famous the rock carvings of Val Camonica, some of which date back to the Neolithic.

Lombardy divides with the Trentino-Alto Adige the Stelvio National Park, but also has numerous regional protected areas, in total about 22% of the territory of Lombardy region is part of a protected natural area. Among the best known and popular natural destinations are the Lombard lakes, including Lake Como, Lake Maggiore, Lake Iseo and Lake Garda. Special attention also have some mountains locations famous for winter sports or as hiking destinations such as Livigno, Bormio, Aprica, Madesimo, Santa Caterina Valfurva, Ponte di Legno. 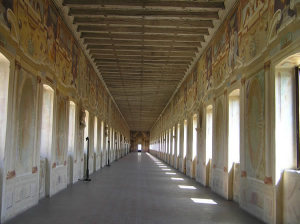 The food and wine tourism presents an interesting appeal. Among the specialties of the cuisine of Lombardy we find the Polenta, Pizzoccheri (pasta similar to tagliatelle), the Risotto, the Osso buco, the Cotoletta alla milanese, the Cassoeula, the Stufato alla pavese, the Panettone, the Torrone of Cremona, and between cheeses Gorgonzola, Bitto, Robiola, Crescenza, Taleggio, and Grana Padano. As for the wines, Lombardy is best known for its sparkling wines produced in Franciacorta and Oltrepò Pavese. The region also produces red, white and rosé wines, including Nebbiolo from Valtellina, Trebbiano di Lugana, Franciacorta from Lake Iseo, and other wines produced along the Lake Garda.

The following Lombard sites are part of UNESCO World Heritage: 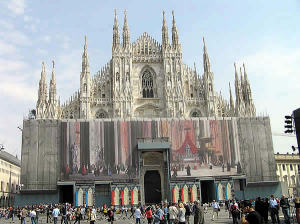 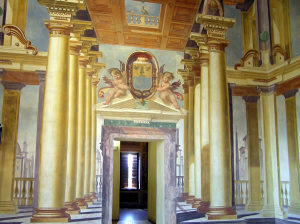 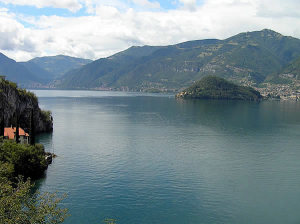 Booking.com
2016-03-18
Laura
Previous: Lazio what to see: the tourist attractions
Next: Sicily climate: when to go to Sicily