Sardegna what to see: the tourist attractions

Posted by: Laura in Sardinia 525 Views

Sardinia is located almost in the center of the western Mediterranean, between the Balearic Islands, the Italian Peninsula, Corsica and Africa. Sardinia is the second largest island in the Mediterranean after Sicily.

The Sardinian coasts which extend for over 1,800 kilometers are generally high and rocky, but also have numerous beaches of fine white sand, the island is indeed renowned for its beautiful beaches and the beautiful sea in shades of tropical seas.

Sardinia also has some large flat areas, which account for 18% of the island territory, particularly in the south-west is the vast plain of Campidano, situated between Oristano and Cagliari. To the northwest is the small plain of Nurra.

Around the Sardinian coast are numerous islands and archipelagos, in the northwest is the island of Asinara (52 km²), while to the north-east, in front of Corsica is the Maddalena archipelago, to the south-west are the two islands of Sant’Antioco (109 km²) and San Pietro (50 km²). 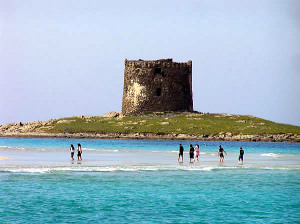 Sardegna what to see: the tourist attractions

Sardinia, the second largest Italian island after Sicily, is located in the center of the western Mediterranean Sea and is one of the most interesting islands in the Mediterranean Sea for its history, its people, its language, and especially for the beauty of its coastline and the sea.

The Sardinian coasts are beautiful, the beaches are of course the main attraction of the island, it contains many tourist areas such as the Costa Smeralda, the Maddalena Archipelago, the Gulf of Orosei and Gennargentu, the Costa Rei, the Sinis, the island of Asinara, the Costa Verde.

Sardinia is rich in ‘Nuraghi’, typical conical towers whose origin still remains enigmatic, there are about 7,000 nuraghi all over the island. These include the Su Nuraxi of Barumini, that is the only Sardinian site inscribed on the World Heritage List by UNESCO.

Other interesting prehistoric and historical remains are the megalithic tombs called “Tombs of the Giants”; the “Domus de Janas” (houses of witches), which are rock-cut tombs; the remains of Phoenician and Roman settlements; the magnificent Romanesque churches. 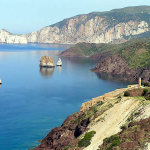 The coast along the promenade of Nebida, Iglesias, Sardinia. Author and Copyright Marco Ramerini 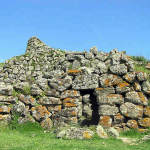 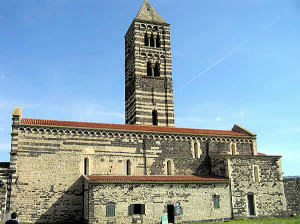 CHURCHES: A trip to Sardinia is not complete without a visit to some of the beautiful churches built in the island, especially those built during the period of Pisan rule.

In Sardinia you can find beautiful medieval churches such as the Basilica of San Gavino in Porto Torres, probably the most beautiful Romanesque church in Sardinia, a building in which the Pisan style is evident.

In Pisan style are also the beautiful churches of Santa Maria del Regno in Ardara, Holy Trinty (Santissima Trintà) of Saccargia, San Michele Salvènero and Sant’Antioco of Bisarcio, just to name a few.

Surprisingly scarce and of lesser value are, however, the religious architectural relics of the Gothic-Aragonese period.

CASTLES AND TOWERS: Sardinia, because of its nature as an island, has always been subject to invasions from the sea, so numerous are the testimonies of fortifications both along the coast and in the interior of the island.

Since the Nuraghic period, the population feels the need to be protected, and to protect its territories and possessions, by means of fortifications and towers, in every historical period they build towers and fortifications. The domination of Pisa, that of the Genoese or the Catalan left their fortifications, today there are more than seven thousand towers and fortresses around the island. 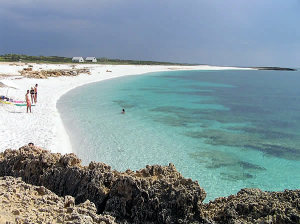 BEACHES: Sardinia with its almost 1,900 kilometers of coastline, is the first Italian destination for sea lovers, the Sardinian coasts are very different from one another: long beaches of fine white sand alternate high and rocky coastal areas overlooking the sea, but they do not fail to hide small but delightful coves often accessible only by foot or by sea.

Undoubtedly the main tourist attraction of Sardinia is the beauty of its sea and its beaches, the island also has stretches of coastline remained still untouched with water from the indescribable colors and beautiful beaches.

Among the most famous and well-known tourist areas are the Costa Smeralda and the Maddalena archipelago, the area of the Gulf of Orosei, Costa Rei, Sinis, the island of Asinara, the Costa Verde. But all the coasts of the island are worth a visit in search of delicious corners of paradise, as Cala Goloritzé, Cala Tinnari or Cala Domestica, just to name a few. 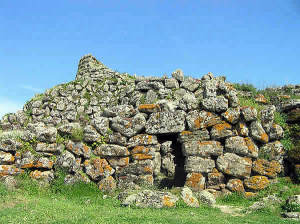 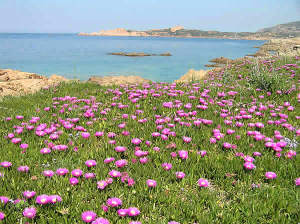 Booking.com
2016-03-17
Laura
Previous: Friuli-Venezia Giulia what to see: the tourist attractions
Next: Calabria climate: when to go to Calabria