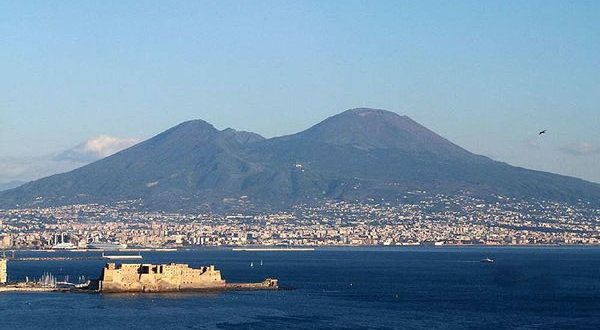 Posted by: admin in Campania 827 Views

Campania (13,590 km²) is a region in southern Italy located between Lazio to the north-west, Molise to the north, Puglia to the north-east, and Basilicata to the south-east. The ancient Romans called this Italian region “Campania Felix” which means “prosperous Campania”, thanks to the richness and fertility of the volcanic soil.

Campania is today the second Italian region by population (5,835,000), and the first for density (429.4 km²). The main city is Naples, other important cities are Avellino, Benevento, Caserta and Salerno.

Campania stretches along the Tyrrhenian Sea with over 200 km of coastline, there are four large gulfs: the Gulf of Gaeta, the Gulf of Naples, the Gulf of Salerno and the Gulf of Policastro.

The peninsulas of Sorrento and Cilento characterize part of the coast, to the north the coast is low and sandy, while in correspondence of two peninsulas gets high and jagged. There are three main islands in the archipelago of Campania: Ischia (46.3 km²), Capri (3.97 km²) and Procida (3.7 km²). 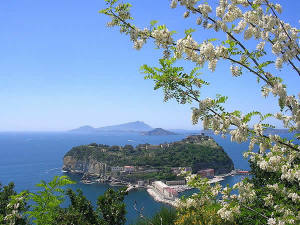 Tourism in Campania is an important source of income, the region has a long history, the first cities were founded by the Greeks, then the region became important during the Roman Empire. Among the main tourist destinations are Naples with its historic center, the Maschio Angioino, the Royal Palace, the Castel dell’Ovo, the Spanish quarters.

The islands of the Gulf of Naples have always attracted an elite tourism since the Roman Empire. Capri, Ischia and Procida are the main destinations, as well as Sorrento and the Amalfi Coast with Amalfi, Positano, Ravello and Vietri sul Mare, and the wonderful Cilento coast. Many are the resorts, the seaside resorts and spas.

In Campania there are archaeological sites of world renown. The most famous are the ruins of Pompeii and Herculaneum, the Roman villas of Oplontis (Torre Annunziata), the Roman amphitheater of Santa Maria Capua Vetere, but are also marvelous the Greek temples of Paestum. Mount Vesuvius, one of the most dangerous volcanoes in the world with destructive eruptions that occur rarely, but when they occur they create scorched earth for kilometers. 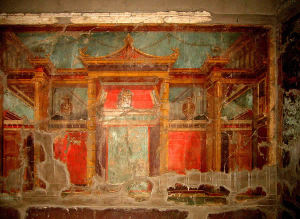 The Campania region is home to 6 sites declared World Heritage by UNESCO, they are:

Among the places waiting to be inserted on the list of World Heritage of UNESCO are: 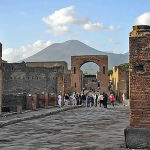 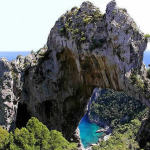 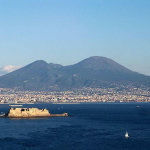 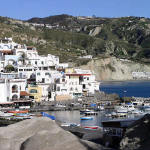 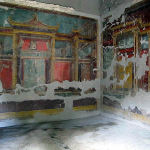 2016-03-17
admin
Previous: Basilicata climate: when to go to Basilicata
Next: Capri: the jewel island of the Gulf of Naples 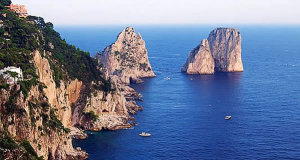 Capri: the jewel island of the Gulf of Naples